The other day, I came across a study done by the furniture company Joybird; they took a deep dive into Google search trends throughout the United States, and they figured out that different states had distinct style preferences when it came to decorating their homes.

From contemporary to shabby chic, to bohemian, the survey identified 14 different design styles and paired them up with the 50 different states.

Apparently, Massachusetts (where I live), is “transitional.” The most searched term overall is “Victorian design.” And if you live in Arizona, you’re the sole state with a true love for “modern farmhouse.”Way to stand in your truth, Arizona.

So here’s the deal, I love surveys like this; whether it’s a large study that reveals each state’s best cuisine, an individual survey that tells you your personality type, or a buzz feed quiz that answers the life or death question, “What Classic Fast Food Item Are You?” (apparently I’m an Egg McMuffin…) I’m game.

One of the reasons I love these methods of categorization is because it gets me to think about myself in a different way. (Yes, even as an Egg McMuffin.)

One of my favorite categorization techniques comes from the author and happiness researcher, Gretchen Rubin. It’s called the four tendencies framework, and on her blog, she describes it as a tool to distinguish “how people tend to respond to expectations: outer expectations (a deadline, a “request” from a sweetheart) and inner expectations (write a novel in your free time, keep a New Year’s resolution).”

Within this framework, she divides people into four distinct categories: Upholder, Questioner, Obliger, and Rebel. And unlike the Meyers-Briggs or other similar personality tests, these traits don’t overlap. Generally, you fall pretty squarely into one unique camp.

The #1 Secret to Forming Good Habits

So what do these four categories mean?

Obligers are by far the biggest category of people. They have an easy time meeting outer expectations, but they struggle to meet their inner expectations.

The example that Gretchen often gives is this: If you were a member of the track team in high school and never missed a practice, but it feels nearly impossible to make yourself go running on your own, that would be an obliger tendency.

The track team is relying on you to show up, so you’re prepared to meet those expectations. But because you don’t have any external accountability when you run alone on Saturday mornings, you have a difficult time keeping that commitment to yourself.

Obligers don’t want to let others down, and they are motivated to accomplish tasks in order to avoid doing just that.

Do you work better when you have a deadline?

If you have a workout partner, do you have an easier time getting to the gym?

When you’re invited to a party you really don’t want to attend, but your friend asked you to go anyway, do you suck it up and go?

Basically, questioners question every expectation, and if that expectation makes sense to them, they meet it.

If you’re a questioner, you probably rebel against arbitrary rules. You likely do LOTS of research before making a decision. And you probably ask a lot of questions when someone makes a request of you.

If your spouse sends you a text that says, “please pick up lunch meat on the way home from work.” you might feel compelled to question the request. “Don’t we have PB&J at home? Why do I have to stop?”

If your spouse sent you a text that says, “please pick up lunch meat on the way home from work. [Your son’s name here] is going on a field trip tomorrow, and we need to pack him an allergy-friendly lunch.” then you would have no problem swinging by the store on your way home. The request makes sense.

If any of these statements ring true to you, you might be a Questioner.

Upholders represent a rather small amount of the population. And unlike Obligers or Questioners, Upholders can meet both outer an inner expectations alike.

If you set a New Year’s resolution, you can keep it. And if someone gives you a deadline, you’ll meet it.

More specifically, Upholders can be a bit rigid. Sometimes, they forget to let loose and have fun. They’re rule-followers, and they love routines and maintaining habits. They occasionally get frustrated when people don’t perform tasks the way they would, which makes delegation a struggle. They also don’t do well with change.

Rebels – as the name might suggest – rebel against all expectations, both inner and outer alike. They are also the smallest group of people.

As Gretchen explains, “Rebels wake up and think, “What do I want to do today?” They’re very motivated by a sense of freedom, of self-determination.”

Rebels will do whatever they want to do in that moment. They often resist anything someone else asks or tells them to do, and what’s more, they often resist their own expectations as well. As a general rule of thumb, Rebels hate planners and to-do lists.

At the same time, Rebels are great at thinking outside the box. They love bending – or breaking – the rules to create something new. They often live in the moment and remain very true to themselves.

If any of these traits ring true to you, you might be a Rebel.

Do any of these personality traits stand out to you? Are you still a bit uncertain into which camp you fall? Gretchen has a free quiz on her website that takes a few minutes to complete. She goes in-depth into each personality and places you in one of the four camps. It’s really quite fascinating.

If you’re not sure which tendency you are, I recommend going to take that quiz; then, come back and learn what you can do with this knowledge to form and maintain your good habits. (Plus! You can download your free habit tracker.)

Okay, you know your tendency, but so what? What can you do with this information?

Gretchen first discovered these tendencies when writing her book Better Than Before, which is a book all about habit change.

And she found that when we know our tendency, we have a much easier time both making good habits and breaking bad ones.

But it goes much further than that. As she explains:

“Our Tendency shapes every aspect of our behavior, so understanding this framework lets us make better decisions, meet deadlines, suffer less stress and burnout, and engage more effectively. The Four Tendencies explain why we act and why we don’t act.”

Let’s consider the goal “exercising more often,” since I think most of us have tried to form a good workout habit at least once in our life.

If you’re an Obliger, you probably have a hard time getting to the gym regularly because you’re missing that outer accountability. Since nobody is counting on you to take that run in the morning or goto your 5 p.m. yoga class after work, following through on a regular basis gets very difficult.

So what can you do? Create outer accountability!

Find a workout buddy or get a personal trainer, both of whom expect you to show up to the gym on a regular basis.

Can’t find anyone? That’s okay! Tell your son he can play video games as late as he wants if you don’t go to the gym in the morning.

Highlight what’s important to you, and then create some outer expectations around it. That’s all an Obliger needs to get the job done.

If your a Questioner, the key is making this habit or goal important to you.

So if you want to start exercising more often, take some time to highlight specifically why you want this in your life. And be honest with yourself.

Maybe you’re a health nut, and doing some research to understand the physical and mental benefits of working out would be the internal motivation you need.

Perhaps you have a dress that you’re determined to wear for your 10 year class reunion, and you know going to the gym will help you rock the sleeveless look with super-toned arms.

By taking time to highlight your expectation and understand why it’s important to you, Questioners will be able to reach the goals they set for themselves.

If you’re an Upholder, commit to the idea, put it in your calendar, and go.  This should work 90% of the time.

If you find yourself struggling to uphold an expectation, there might be a bigger reason at play.

Why are you invoking loopholes to get out of this commitment to yourself? Is the gym in an inconvenient location from work? Then move gyms. Do you have a hard time making it to the 5:15 p.m. class after work because of traffic? Go to a morning class instead. Figure out the obstacle, create a solution, and move on.

(Gretchen talks about this much more in her books Better Than Before and The Four Tendencies. I highly recommend both if you’re interested in how to form and stick to habits.)

Rebels are the most challenging group in terms of giving advice because they tend to resist it anyway. 😉 Nevertheless, I’ll give it a whirl.

Chances are, if you’re a Rebel, having someone expect you to show up at the gym will make you immediately want to cancel. Similarly, if you book a yoga class and put it on the calendar, you might resist that, too.

So instead of trying to force yourself to do something, try keeping yourself open. Listen to your body throughout the day. If you suddenly feel like going for a run, then do it.

Rebels place a lot of value in maintaining their true identity. They don’t want to conform to other people’s expectations. What’s more, they want to be their best selves.

So one way you might get yourself to the gym is by identifying an athlete whom you admire. For example, let’s say you’re in awe of the strength and power of Serena Williams. Then use her as inspiration!

Remind yourself, “I really admire Serena Williams. What does she do to stay in shape? I want to do what she does.”

By embracing the good habits of someone you admire, you may have an easier time emulating their habits, as it’s your decision to identify with that strong personality trait.

Want to learn more? Gretchen’s latest book, The Four Tendencies, just came out this past fall, and it’s fascinating. She takes a deep dive into each of these four character traits and teaches you how to use them to better both yourself and your relationships with other people.

Looking to strengthen your habits further? Grab my free habit tracker here, and maintain your habits with ease

What is your tendency? Have you read any of Gretchen Rubin’s work? What do you struggle with when sticking with habits? Do you have any tips for how to make the best of your tendency? Let me know below!

53 thoughts on “The #1 Secret to Forming Good Habits” 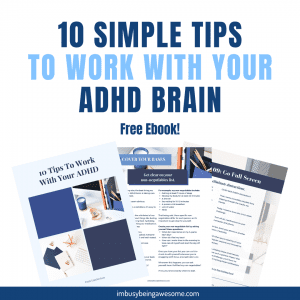 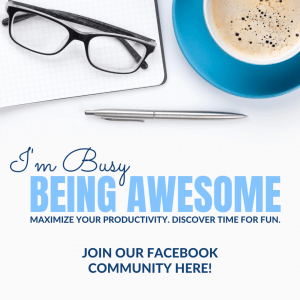 Affiliate Disclaimer: Some of the links included on this website are affiliate links, which means I will earn a commission if you purchase through them. I only recommend resources and products that I personally use and love. Thanks for your support! For more info, please see the privacy policy.